Where are they Now ?

In 1986, the under 15’s won the famous old Graham Cup for the 1st time since 1949. It was particularly noteworthy because it was one of only 2 trophies the club won in that 150th Anniversary season. They defeated Ballymena in a thrilling final and went on to defeat the same opponents in the following years decider.

But, do you recognise the stars of ’86 and more importantly, Where are they now ? – If you wish to have a guess or simply curiosity has got you, email your comments to gusherblair@hotmail.com 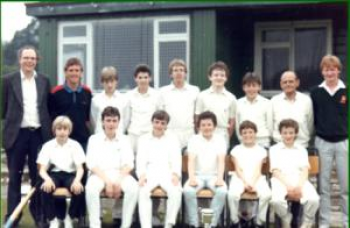